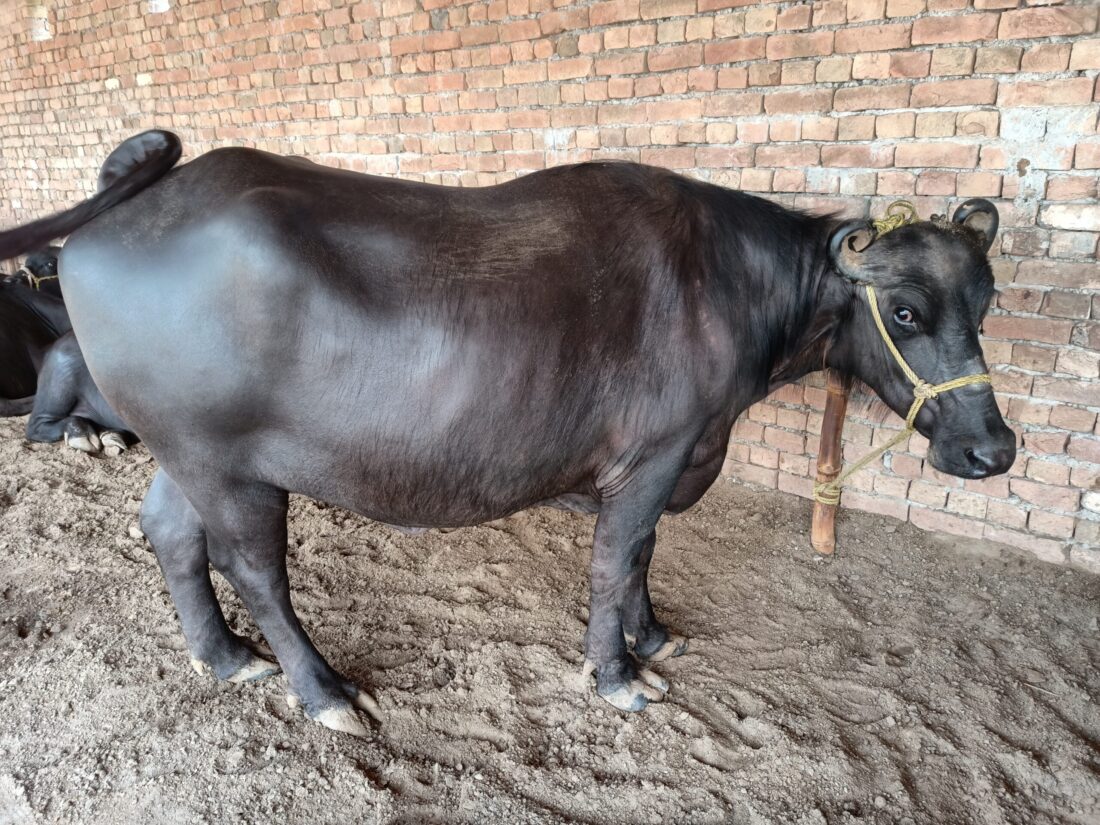 Nili Ravi Buffalo have good qualities for the dairy farms business. The Nila Ravi buffalo is a breed of domestic buffalo which is similar to the Murrah buffalo. It is distributed in Bangladesh, China, India, Pakistan, Philipines and Sri Lanka, but it is principally distributed in Pakistan and India and is concentrated in Punjab. It is mainly a dairy buffalo breed and is used principally for milk production. The Nili Ravi buffalo breed date back to the Indus River Valley civilizations when they were two different Buffalo, Nili and Ravi. However, due to coincidental standards, both buffalo breeds looked very similar and it became hard to distinguish the between two. So the two breeds became one new Lai Ravi in 1950.

The Nila Ravi buffalo breed has a wedge-shaped body with a massive frame. These animals are mostly black in colour but often had white markings on the forehead face muzzle in the lower parts of the legs. their horns are small and curly and have walleyes the females have a larger and stronger average body height of immature males is around 135 centimetres for males and around 125 centimetres for females. The average live body weight of the mature Eli Ravi buffalo is around 700 kilogrammes for males and around 600 kilogrammes for females males.
The Nili Ravi buffaloes are generally docile in terms of temperament. The males on average mature within their 30 months of age and the females within their 36 months of age average first calving ages around 45 months.

The price of Nili Ravi Buffalo is different its vary to their size, age and milk production but the normal range is from Rs. 150000 to Rs. 400000.